The Best Marketplace Find I Ever Lost I was on Facebook Marketplace this past Sunday and found a posting for “free pews” in Bridgeville De., which is about an hour from our home. There were ten available and Dawn and I thought they would be a nice addition around the property for services and weddings. I contacted the poster, a very nice lady, and she said the pews were on a first come first serve basis. I told her I was coming from some distance and assured her I would take them all. However her situation was such that she needed to evacuate the building that day and couldn’t run the risk of me not showing up. She said she really wanted me to have them and that they would be open at 8:30 AM. I told her I will do my best to be at her location at the time posted.

I awoke to an extremely foggy morning and for a moment I considered abandoning the pews in light of the treacherous one hour drive. Pushing forward, I managed to pull into the parking lot of this store front church in Bridgeville at exactly 8:30. I was surprised to see two rather undersized raggedy trailers already sitting in the parking lot.  One was being loaded with three of the last six pews. I approached the lady in charge to ask if any of the pews were left. One of the other customers rudely chimed in “Nope, we are getting the last three.” I responded, probably with a little snark right back at him “Ok well I’ll just hang around to see if your trailer can handle the last three.” I was a little more than disappointed to be that close to getting what I wanted, driving an hour through the fog, only to be told by this cantankerous old guy ‘nanny nanny boo boo you missed out’ in so many words. I walked down the sidewalk and began to talk to God, not only about the anger I was feeling but why He allowed this to happen.

God was up much earlier than me that morning and He was ready to talk right back to me.  His Spirit spoke to me and said “Ok Mike the situation is what it is, now what are you going to do?”  I walked back into the store front church and started helping the first customer load the last of his three pews.

Then the aforementioned old rude guy pulled his trailer around for the remaining three pews. I really felt like knocking off for the day and going home but God said you are still on my clock son. I went inside reluctantly to give the old rude guy and his helper a hand. The old rude guy was at least 15 years my senior which placed him near retirement age and he kept repeatedly telling everyone around that the last three are his. I think he was doing this for my benefit because he couldn’t figure out why I was hanging around.  As I positioned myself ready to assist at the end of the 14’ pew, with the old rude guy’s helper on the other end, this old guy motions me to move aside and says “I got this.”  I said “no offense sir but these are heavy and I can handle it.” He insisted. It was almost as if he thought I would make his friend put it on the wrong trailer.  We started toward the door I followed closely behind the old rude guy as he was really struggling. When we got to the doorway the old guy stumbled and in a split second serious Injury was imminent.  Then, in a millisecond which seemed like an hour, I reached out and grabbed the old guy by the arm preventing his tumble and at the same time securing the weight of the pew. To be honest what I had just accomplished surprised me. Demonstrating a strength I didn’t know I had.

I was equally surprised by a change of compassion I didn’t know I had. I asked the old guy, while securely holding the pew, “Sir are you ok?” probably in voice of genuine concern for the first time.  He regained his footing stood back up and sheepishly thanked me for the help. It was like at the end of that millisecond that seemed like an hour God spoke to me saying- “He (the old rude guy) is worth more to me than any FB Marketplace find.” I finished loading the pew with a little different attitude after hearing that still small voice. I went back in to grab the next pew, this time with no objection from the old guy. As we went back in for the third and final pew, which would have easily fit on the trailer, the old guy said that he only wanted the two. Everyone in the room was shocked at this change of proclamation. He said, “No it won’t fit on the trailer”. Everyone knew it would.

So we loaded the last pew on my trailer.  It was then the lady overseeing the place said “we have another pew in the back if you want it.” I was elated to hear that I might get a pair of matching pews, but my hopes were quickly dashed as the pew in the back was totally different.  It was padded in pink cloth and totally different in style. Right when I was about to reject the pew the lady said “we really need to be out of here by today and you have a trailer.” Just then God began speaking and before He could finish I said “I know, I know God, how can I help them see You in me, I got it.” I told the lady “ma’am this isn’t the style pew I’m looking for but since I have my trailer here I’ll take it out of your way.”  I repositioned my trailer to the back of building to access this unwanted pew.  I went back into the doors to pick it up and guess who comes through the door to help me load it? You got it, the old guy.  I was afraid he would think that I was weird but I almost asked him, “Is God talking to you too?”

So here I was making the hour trip home with a pair of mixed matched pews for the barn. Looked like a pair of odd socks on my trailer. I turned my radio off anticipating that God would try to speak to me through a song on K-Love. I just wanted to be alone and grumble in my spirit over the situation- but God didn’t.  God reminded me of the song I had sung and the sermon I had heard not more than 24 hours ago.  And then it hit me- God just gently and gradually answered my prayer on the sidewalk as to why all this had happened.

Just one day before desiring this MarketPlace find, I stood
in a church and sang these lyrics from a song called Nothing Else-

Oh, I’m not here for blessings Jesus, You don’t owe me anything
More than anything that You can do, I just want You

I then remembered the challenging words from the pastor when
he said “If God doesn’t answer another prayer, if he doesn’t grant you another blessing
the rest of your life, is it not enough that he has paved the way by doing what
was needed for your salvation?” Then the flood gates of conviction and repentance
flooded my soul. The rest of the words of that song became the essence of my
prayer from Georgetown to my home in Berlin-

And the Lord took me back, He always does.  Even in times when I throw up prayers to him that I really don’t want the answers to. Even when I sing songs and forget they are praises to be followed in life- He still takes me back.  This was the best Marketplace loss I have ever experienced. I didn’t get what I was looking for, but in the end I got so much more.

← A New Look at an Old Promise 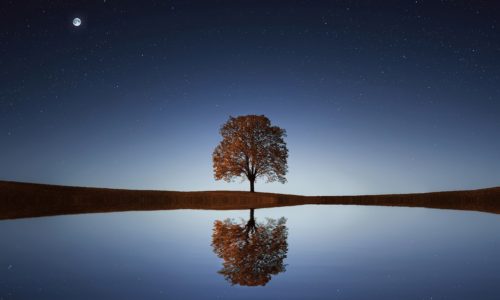